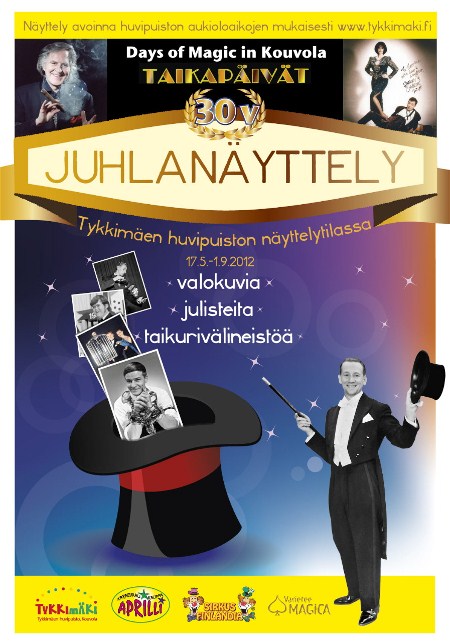 Former professional juggler and Circus Finlandia`s PR-chef Henrico (Björn Gammals) had yesterday the opening day for his latest exhibition in Tykkimaki Amusement Park in Kouvola, the exhibition is a part of the Days of Magic in Kouvola`s 30th anniversary.
This is a wonderful collection of portraits, photos, posters and props of the Finnish Magicians and World Star Magicians who have performed in Finland during the last sixty years.This collection is delicious gourmet and cocktail of 94 different magicians, the best of the foreign ones who have performed in Fiskartorpet (Kalastajatorppa), Cabaret Kaivohuone, Fennia or Linnanmaki and were booked by booking agent impresario Tom Hertell ( 1925-2011), who made all this possible thru his contacts allover the showbusiness world since 1950`s. The audience of Finland is lucky to have seen for instance Norm Nielsen, Johnny Hart, Paul Potassy, Hans Moretti, Mr. Electric, The Keeners, Borra Senior, Tonny van Dommelen, Di Sato, Pierre Brahma as well as our Scandinavian Stars like Tornedo, Gentleman Jack, Topper Martyn, Bob Arno, Finn Jon, Toreno, Spinoza, Clement de Lion, Viggo Jahn, Lennart Green, Yan Swahn, Viggo Spaar and also the younger generation professionals like John Houdi and Joe Labero. All those and many more are introduced by a photo and text in Henrico`s collection. On the walls of the exhibition room are from Finland also many great magicians; Julius Sundman the founder of the Finnish Magic Circle Taikapiiri and the Honorary President Solmu Mäkelä and of course the great Reijo Salminen, Olavi and Jorma Airaksinen, Marko Karvo, Simo Aalto, Jay Niemi and several others. Beside the photos and posters there are introduced also unique and original old magic props of the Finnish magicians have used. Without doubt this is the greatest collection of magicians ever in Finland and our pleasure is take our hats off and thank so warmly Henrico, who opened his archives and let us see all this till the 1st of September 2012 in the Tykkimaki Amusement Park`s exhibition room in Kouvola. 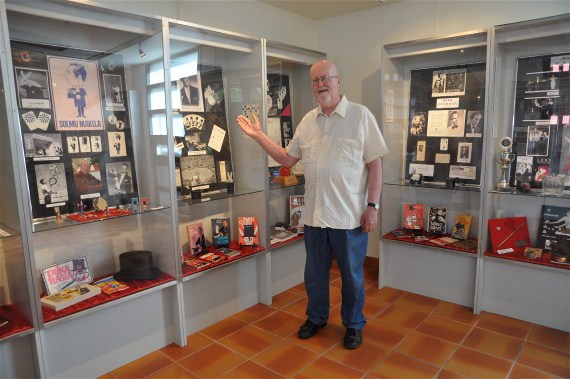 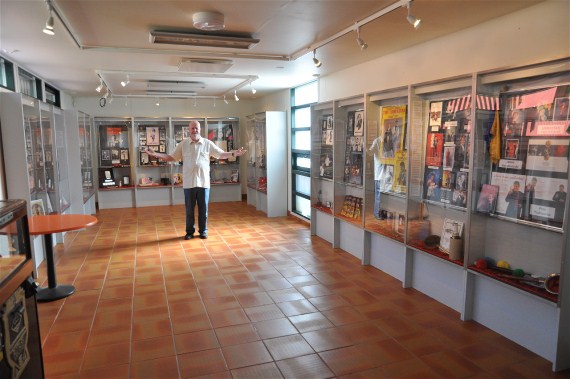 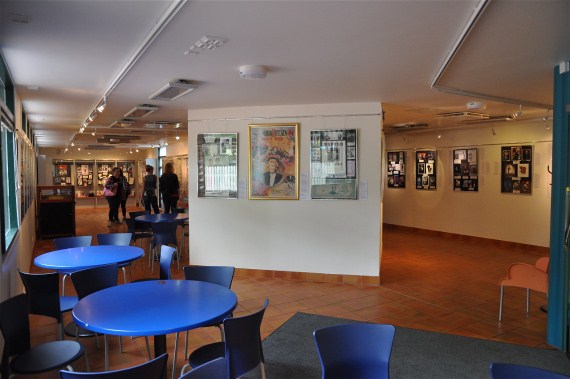 En kommentar till “Henrico`s Great Collection of Magicians in Finland”