John Joseph Randall passed away on July 30, 2015 at the age of 96. He was born in Bridgeport, Connecticut on April 23, 1919 to his parents Eva and Alfred Randall, immigrants from Ireland. Many people will remember John as ”œJohnny Aladdin”, the renowned magician who’d performed in the world’s most prestigious venues.

At the ripe young age of 13, John learned his first magic trick. At that point he fell in love with magic, to which he had a talent for, and started to develop his passion, which was to become a master magician. While in the Navy, he was assigned to the entertainment division and entertained troops in Hawaii. He was sent back to the states to be discharged just one day before Pearl Harbor was attacked, but when WWII was announced, John joined the Army and performed for troops overseas during the war.

As he crafted his performance skills, he took on a new charismatic persona and eventually became the one and only Johnny Aladdin. In the 1940’s Johnny performed close-Â­”up magic, illusions, hypnotism, and dangerous escapes. He became a student of Tenkai (the Magician) in Hawaii, and soon developed his signature routine of ”œPeople Sticking”. Johnny’s uniqueness came to be the ability to adapt and perform his show in several different languages at the same time. He worked diligently to accomplish these feats, and was so proud he was able to do so after every performance.

Johnny Aladdin a.k.a. John Joseph Randall is survived by his long time partner Lani, and his two daughters Jade Randall of Las Vegas and Kelly Randall Sia of Singapore. A celebration of the great Johnny Aladdin’s life will be held Friday, August 14, 2015 between 1:00pm and 4:00pm at Kraft and Sussman Funeral Home, 3975 South Durango Drive, Suite 104 Las Vegas, NV 89147. 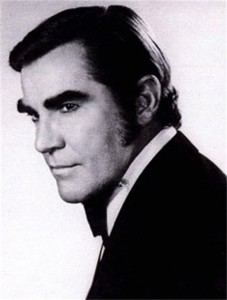