”œCaroline Ravn and I teamed up just after summer to create her deck. I usually do not take freelance work, but I wanted to do an experiment and try a collaboration with a magician from Sweden. Living in the same country, it is easier to communicate and work. The deal was simple: I do the design and I follow the production, Caroline does the promotion and the public relations.

Ravn Playing Cards was a challenge because it is hard to make something simple and at the same time attractive. We wanted to keep the classic look because while performing magic tricks it is important to have a standard unsuspicious deck of playing cards. I made a dozen of back design proposals and it took me 2 months just on the back. Balance, contrast and graphics had to fit our goal.

The faces are quite standard, but I wanted to improve the hands and the faces of the Jacks, Queens and Kings. Also, I wanted to make elegant and intriguing jokers, and an attractive Ace of Spades. I worked a lot on the ambigram for the tuck, it turned out very nice and pretty symmetrical.

Overall, Ravn Playing Cards is a semi-custom deck design to be beautiful in its simplicity, great to perform magic tricks, or cardistry, or just some poker at the green table.

The Kickstarter campaign will start in 2 or 3 weeks, and the plan is to have 2 colors: crimson red and petrol green. As forÂ add-ons we are planning a 1.5″ coin, and a mini-deck. As always, it dependsÂ on how the campaign goes. We will try and keep prices as low as possible.” 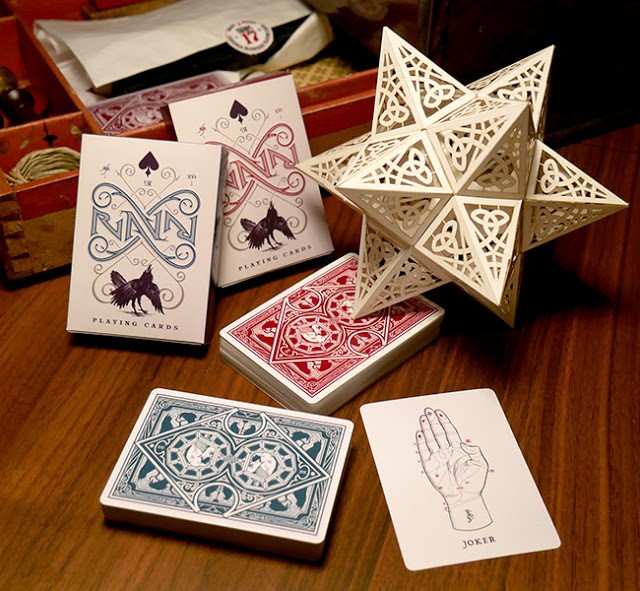 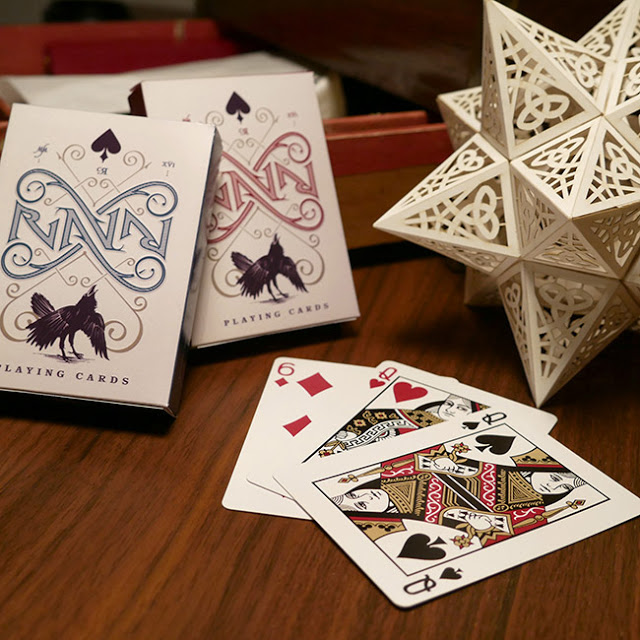