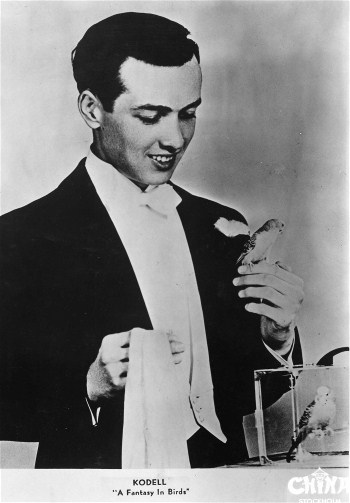 ”The idea is to die young as late as possible.Â

Jack Kodell did that as most of us wish to do. He, like all other magicians I know, lived a child’s dream. One of the very top performers in his field as well as branding his mark as a pioneer leaves behind a legacy that I was proud to know personally.Â

Jack was different than most entertainers in that he was admirably humble. He rarely talked about himself or his accomplishments as it took others to bring up the subject.

Most people who really ”have it”, don’t need to brag. Jack certainly had it. Jack’s wonderfully subtle and dry sense of humor kept me laughing constantly every time we met even up until most recently even when he didn’t have much energy. He still got me. It can take some doing to make me laugh out loud but he did it to me every time. I wish I knew how he did it. But then again, that was probably another one of his wonderful, magical secrets.Â

Very few people I have ever met left an impact on me like Jack did. I always felt so comfortable being around him. That’s the sign of a real friend. I look forward to seeing him again one day. I want to laugh again.”